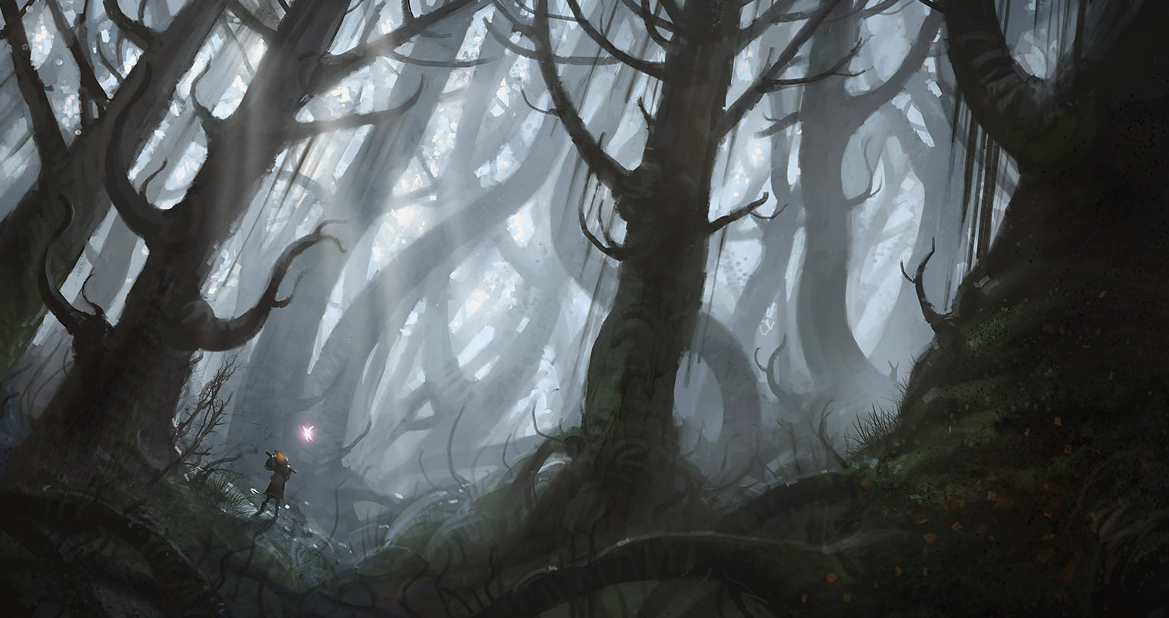 In many ways, this wood is the heart of Nirmathas. The forest provides shelter and resources, as well as cover for the fighters who keep Nirmathas free. Not all Nirmathi feel a bond with the Fangwood, but even those who don’t make their home there respect the woods.

Some Nirmathi claim that in the deepest parts of the Fangwood, the trees are actually awake and that intelligent animals walk the dark paths of the woods. Most are most of these are mere fables stemming out of a belief that ancient elven wizards once controlled breaches to the First World.

Ancient ruins and monuments from pre-Earthfall days still stand in the forest. Most of these are just heaps of scattered stones with a few runic inscriptions to hint at their original purpose, but some are more complete. The most intact ruins are underground, and travelers sometimes stumble on hidden passages leading into the earth, where great elven temples or fey palaces can be found.

For the past several centuries, a pall has fallen on the Fangwood’s innermost depths. The Darkblight, the demonic disease cultivated by the blighted dryad Arlantia, is increasingly spreading decay and rot throughout the primeval forest.

by: CraigSteinhoff
See All Pages

I'm sorry, but we no longer support this web browser. Please upgrade your browser or install Chrome or Firefox to enjoy the full functionality of this site.